Dr. Richard Mauer is an ophthalmologist emphasizing cataract and refractive eye surgery and retinal disease. For 30 years he ran a successful private practice in Waterloo, Iowa. In 2020 he moved to Florida where he continues to practice.

When Dr. Mauer started operating in Florida, the surgery center had Stellaris Elite. Prior, he had always operated using a widely used flow-based phacodynamic machine.

Before his first procedure with Stellaris Elite, Dr. Mauer consulted with his Bausch + Lomb rep. He described his surgical style, goals for cataract surgery, and the settings he used on his old machine. Based on his goals and style he created 3 unique customized settings to use on the Stellaris Elite machine. He currently uses these same settings.

The first day Dr. Mauer operated using Stellaris Elite, he performed cataract surgery on 12 patients. Some of the patients had very dense cataracts. He commented, “I was AMAZED with the ability of Stellaris Elite for cutting through a dense cataract and for holding the piece on the tip.” He didn’t need to chase the pieces because they came to the tip via the vacuum-based properties of the system.

Dr. Mauer “was able to adjust my technique and felt safer.” He did this by holding the tip in the center of the anterior chamber and using his second hand to occasionally feed pieces of cataract into the tip. He would chop the pieces against the phaco tip. With the flow-based system he had used in the past, he was unable to get a good enough purchase with his phaco hand to hold the piece in a secure location and chop it. With Stellaris Elite, he was able to anchor on the piece of cataract and use it as a fulcrum. Therefore, he chopped towards the phaco tip through the nucleus, splitting it on the phaco tip in the mid-iris plane.

“Seeing how the machine behaves and how the fluidics were handled, I was pretty impressed. I did not see any shallowing of the chamber. I didn’t see the bag trampolining. I was impressed. The anterior chamber was very stable and solid.”
– Dr. Richard Mauer

With the Stellaris Elite vacuum-based phaco machine, the surgeon does not need to chase pieces of the cataract nucleus. The vacuum draws pieces towards the phaco tip. Even pieces that are behind the iris or in another crevice are pulled to the tip by the vacuum. Dr. Mauer found that instead of holding the phaco handpiece firmly like a pencil, he rests it in the crease between his thumb and forefinger thereby reducing pressure on the wound and allowing pieces of nucleus to move towards the phaco tip. With the vacuum pump machine, the flow is controlled by adjusting vacuum settings so the surgeon can command higher vacuum when needed.1 Conversely, with a flow pump, the surgeon presets the vacuum target level and the flow rate, with vacuum dependent on several variables. The followability with vacuum-based phaco machines holds onto fragments of cataract in a more consistent manner.

Other benefits of Stellaris Elite that Dr. Mauer has realized include fewer post-occlusion surges, improved cutting ability, improved chamber stability, and reduced number of people in the operating room by one due to the simplicity of the machine.

To learn more about the Stellaris Elite System, please go to www.bauschsurgical.com. Connect with a representative today, if you would like to hear more about how to demo the system in your OR. 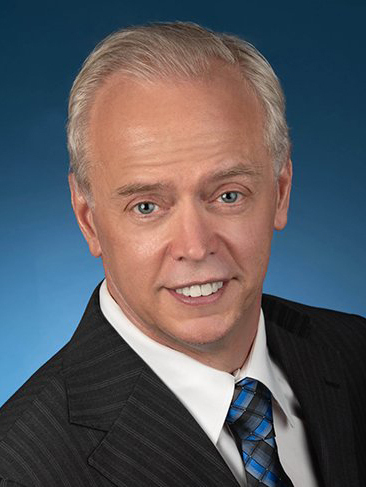 Dr. Richard Mauer is an experienced general opthalmologist with an emphasis on cataract and refractive eye surgery and retinal disease. He practices in a state-of-the-art ophthalmic office, and retail optical center.

*Based on bench testing, compared to Centurion

Indications: The Bausch + Lomb Stellaris Elite® vision enhancement system is intended for the emulsification and removal of cataracts, anterior and posterior segment vitrectomy. The system is designed for use in both anterior and posterior segment surgeries. It provides capabilities for phacoemulsification, coaxial and bimanual irrigation/aspiration, bipolar coagulation, vitrectomy, viscous fluid injection/removal and air/fluid exchange operations. The Stellaris Elite® Vision Enhancement System configured with the laser module is additionally intended for retinal photocoagulation and laser trabeculoplasty.

Contraindications: All Systems: Use of accessories not designated by Bausch + Lomb for use with this equipment may result in serious permanent patient injury, adverse surgical outcome, or damage to the equipment; Systems with Laser Module: Photocoagulation is not indicated for patients without pigmentation (albino eyes). In addition, Laser Indirect Ophthalmoscope (LIO) is not indicated for cases involving laser photocoagulation within the arcades.

Warnings: All Systems: Implantable defibrillators present a risk of injury if triggered by a fibrillatory event during intraocular surgery; Electromagnetic interaction between the phacoemulsification (phaco) handpiece and an implanted cardiac pacemaker is unlikely but cannot be ruled out. Systems with Laser Module: All support personnel who are present during laser treatment must wear appropriate laser protective eyewear; DO NOT look directly into the aiming or treatment laser beam; Use of unapproved delivery devices may cause inaccurate laser delivery which could result in serious permanent patient injury. When using the VITESSE® handpiece: Use only the Entry Site Alignment (ESA) devices provided with the VITESSE® Handpiece Pack (yellow trocar caps). Do not use any ESA with metal components to avoid particulate in the eye. When using the FREEFLOW™ infusion line: Do not attempt to administer intraocular gases or viscous fluids using this device; The infusion line loop should be created in the horizontal plane.

General Cautions for Single Use Accessories: Do not re-sterilize or reuse any single use accessories; Do not use if package integrity/sterile barrier has been breached or compromised; Do not use or attempt to repair damaged single use products. This is not all you need to know. Systems with Laser Module: Misuse of the laser system may lead to dangerous situations and severe injuries. All Systems: See the appropriate Operator Manual for detailed directions, proper use, and full risk and safety information. See individual product instructions for use for detailed information on the use of the VITESSE® handpiece, vitrectomy packs and cutters, and the FREEFLOW™ infusion line.

CAUTION: Federal (U.S.) Law restricts these devices to sale, by or on the order of a physician.

Sign up to receive updates on Bausch + Lomb Surgical