Background and design of the study

“We set out to determine whether there were any differences between these lenses in terms of objectively measured outcomes, and also to see if these results correlated with subjectively described outcomes,” Dr. Shultz explained. “We randomized 10 patients to each of the lens platforms, so we were evaluating a total of 40 eyes.1 We ensured that patients didn’t have any macular pathology, prior refractive surgery, or evidence of glaucoma so that for these uncomplicated cataract surgeries we were comparing apples to apples. We also controlled for patients with less than a diopter and a half of corneal astigmatism.

To gain a truer assessment of the function of each of the IOL platforms comparatively, our key outcome measures included uncorrected and corrected distance vision as well as other visual acuity testing.1 Over the years, we have learned that there are several factors which affect patients' depth of focus and range of vision. One of those key factors is corneal spherical aberration.2 Many of the lens platforms out there, like the Alcon Clareon lens, use negative spherical aberration correction to theoretically improve contrast sensitivity and quality of vision at night. This, however, comes at a cost of reducing depth of focus.3 The PreVue lens, on the other hand, is a spherically neutral lens, comparable to the enVista® IOL platform. In my opinion, lenses that have negative spherical aberration tend to have minimal aberrations in the central 1 millimeter of the lens; however, the aberration profile changes as you move away from the center, leading to degradation in the quality of vision. That's something that we’ve looked at over the last 7 years or so, in different studies comparing different lens platforms.

“With regards to the study design, we chose lens power for all patients using the IOLMaster® 700 with the Barrett Universal II formula.

“We measured uncorrected and corrected distance vision as well as other post-op visual acuity tests, using standardized ETDRS charts for both. Distance vision was assessed at 4. Our goal was to leave the patients in both groups at around -0.25 diopters spherical equivalent.”1

“One of the observations we made was that patients had some improved quality of vision outside of distance vision with the PreVue lens compared with the Clareon lens. To control for bias, we did a few things to standardize the test. Our objective analysis was performed with the Tracey Technologies iTrace Vision analysis system, which provides a lot of objective information about the lens. It identifies the patient’s preexisting corneal spherical aberration, angle kappa, and angle alpha-D—in essence, their line of sight, which we can compare with the IOLMaster® 700 Chang Warren Cord length. We found that these objective results were fairly consistent with patients’ subjective responses.

“Postoperative vision results were very similar between the 2 groups in terms of mean spherical equivalence and residual cylinder—both within 0.05 diopters of each other. When we looked at their uncorrected visual acuity, again, what we found was distance uncorrected visual acuity was similar—slightly but not significantly better with the PreVue lens.1

“We found some compelling data when comparing these two IOL platforms. For instance, general uncorrected visions were approximately 1 line better with PreVue.” Dr. Shultz is excited to share more detailed outcome information later this year during the final publication of this study.

“We found that while postoperative refractive errors were very similar between both lenses, uncorrected vision was improved with the PreVue lens.” 1 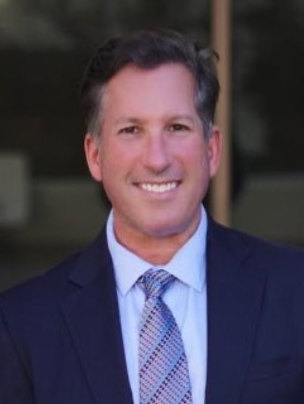 Dr. Mitchell C. Shultz is in private practice in Northridge, California. Dr. Shultz received his medical degree from New York Medical College. He completed his residency in ophthalmology at the University of California, Irvine, and a fellowship in refractive surgery at the Instituto Zaldivar in Argentina.

INDICATIONS: The PreVue™ IOL is designed for implantation after extracapsular cataract extraction or phacoemulsification of cataracts. This lens is intended for placement in the capsular bag and indicated for use in adults only.

PRECAUTIONS: Do not resterilize or re-use either the injector or intraocular lens. Reuse or resterilization may compromise the structural integrity of the devices and/or lead to device failure which, in turn, may result in patient injury or illness. Do not store the product in direct sunlight, high humidity, or at temperatures below 15°C or above 25°C.

ADVERSE EVENTS: The complications from the HOYA iSert® model 251 intraocular lens may be extrapolated to what would be expected when using the PreVue™ Model preloaded IOL system. The incidence of adverse events experienced during the clinical trial was comparable to, lower than, or not statistically different than the incidence reported in the historic control (“FDA grid”) population. As with any surgical procedure, there is risk involved.

ATTENTION: Reference to the Directions for Use labeling for a complete listing of indications, warnings and precautions, clinical trial information, etc.

CAUTION: Federal (USA) law restricts this device to the sale by or on the order of a physician.

PreVue™, Isert® and enVista® are trademarks of Bausch & Lomb Incorporated or its affiliates. All other trademarks are the property of their respective owners.

Sign up to receive updates on Bausch + Lomb Surgical